Summit Twins Pils Steps Up to the Plate this Spring

Here at Summit Brewing Co. we’ve always got our bases loaded, but this spring we’re stepping up to the plate with expectations of a home run as we launch our latest year-round brew – Summit Twins Pils!

The beer, named in honor of our hometown Minnesota Twins, comes just one year after we announced a monumental partnership with the local MLB team. In April 2021, Summit and the Twins joined together in a multiyear, elevated partnership that named Summit an “Official Craft Beer” and the “Official Hometown Craft Beer” of the team as well as allowed us to take over the open-air bar in the left outfield, creating the Summit Brewing Pub. Additionally, the agreement provided Summit the rights to use Twins trademarks across Summit’s multistate territory, which matches the Twins’ territory as well.

On the outside, Twins Pils is based off of the throwback Twins’ jerseys from the 1980s, which is also a callback to our early days. The team’s iconic logo is splashed across a background of baby blue trimmed with navy and gold. On the inside, the beer is our Keller Pils! A traditional, unfiltered German-style pilsner, the renowned pilsner features sweet, honey malt notes balanced with floral and citrus hop flavors and finishes dry and clean. While already universally adored, combining our popular pilsner with the Twins name helps expand the beer’s reach to new drinkers. It also truly embodies both brands’ belief in “One Team. One Territory.”

“There’s no better way to celebrate this beautiful partnership than by having one of my favorite beers, one of the best beers we produce here at Summit, in Twins branded packaging,” President and Founder Mark Stutrud said. “From my point of view, we’re just starting to celebrate this partnership. We’re going to have a lot more fun in the future.”

“Since its introduction, Keller Pils has been a Summit fan favorite that has gone on to garner attention from beer drinkers and world-wide beer competitions alike. After years of knowing how good the beer itself was, we knew we had to find a way to get it out to a wider audience,” Director of Sales Brandon Bland said. “Over the past year, we have seen time and time again that the core values and the belief in relationships that we have long-had at Summit align strongly with those of the Twins organization as well. So, when it came time to make plans for our 2022 beer lineup, it made absolute sense to pair one of our top beers with one of our top partners.”

Summit Twins Pils will be at Target Field alongside the rest of the team. Fans will be able to find 16oz cans and draught at select locations throughout the ballpark.

Summit Twins Pils will also be available year-round in 12-packs of 12oz cans 6/4/16 oz Cans and on draught  wherever Summit beer is sold. 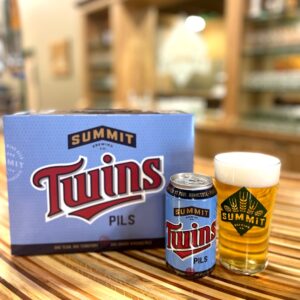 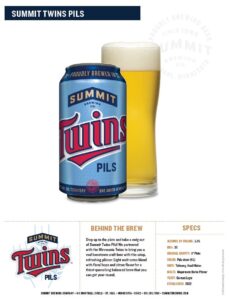 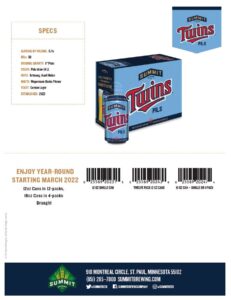 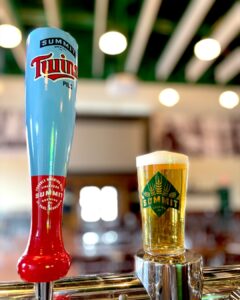